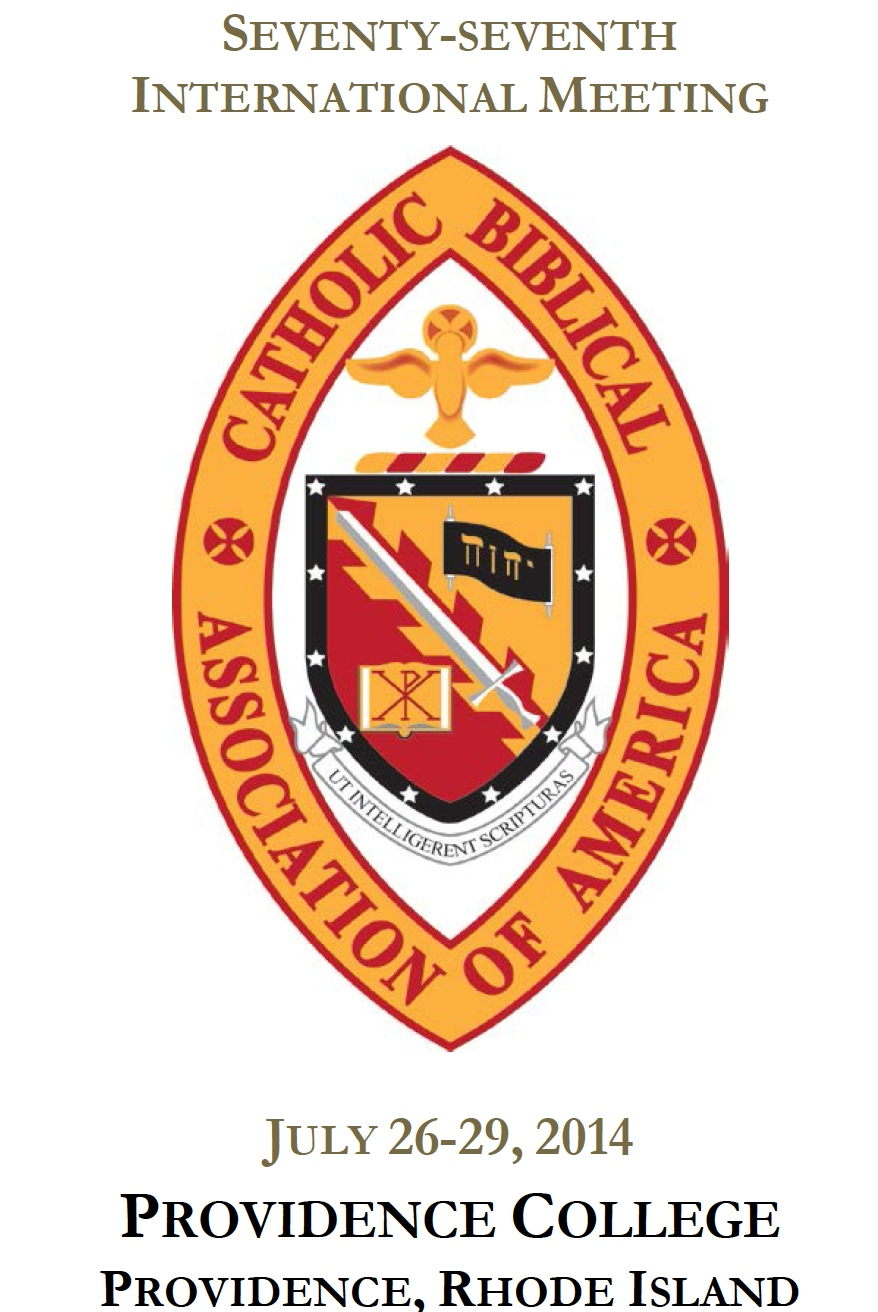 The Annual International Meeting of the Catholic Biblical Association of America (CBA) took place at Providence College, Providence, RI between July 26 and 29, 2014.

Among the continuing seminars at the 2014 Annual Meeting, “The Bible in Its Traditions: First Achievements on Hosea and James” gathered around the table biblical scholars from the USA, Canada, Europe, and Jerusalem. and Rev. Kevin Stephens, O.P., IT Director for the project. On the first day of the seminar, Rev. Venard and Rev. Stephens offered an overview of the project, placing it in the wider context of revising and digitalizing the famous Jerusalem Bible. This was a great opportunity for the audience to get a sense of the current stage of the B.E.S.T. project. For more information on this project, see www.bibest.org / www.bibletraditions.

The project of The Bible in Its Traditions belongs to a rich tradition of publishing the Scriptures at the École Biblique et Archéologique Française in Jerusalem. The École Biblique became known to a wide readership because of La Bible de Jérusalem (Jerusalem Bible), the first modern study Bible (with copious notes, detailed introductions, and useful charts), published in successive editions in 1956, 1973 and 1998. The Jerusalem Bible, based on the Hebrew and Greek text of the Bible rather than upon the Latin Vulgate, was created in the wake of the 1943 encyclical of Pope Pius XII, Divino Afflante Spiritu, which opened the way for historical criticism in Catholic biblical studies. The Jerusalem Bible was introduced to the English-speaking public in 1966.

At the end of his presentation, Rev. Venard announced the launch of this new portal and blog (http://blog.bibletraditions.org) open to contributors and those interested in assisting the project in any capacity.

On the last two days of the seminar, the presenters introduced the audience to the first achievements. Rev. Pentiuc discussed his work for B.E.S.T. by choosing Hos 3:1-5, “Love and Abstinence.” Dr. Albl’s presentation was on James 2:14-26, “Faith and Works.” The two presenters engaged in lively conversation with Rev. Venard and Rev. Stephens as well as with the folks around the table sharing their experiences on working with a sophisticated and still developing web program.

Rev. Pentiuc, who spent the summers of 2010 and 2013 in the library of École Biblique in Jerusalem, plans to complete his work by the early summer of 2015.

Concluding the seminar, Fr. Venard informed the participants at this seminar that the next meeting to be held in 2015 will be a hands-on workshop where contributors will convene to talk among themselves about issues related to this project and its implementation on the web program.

Two alumnii, doctors in Scientia Biblica of the École, with one of their colleague of Catholic Lublin University (Katolicki Uniwersytet Lubelski) have started to work on the Gospel according to John, in English. Please meet Fr. Dr. Mirosław Stanisław WRÓBEL A professor of John Paul II Catholic University in Lublin; doctor of Biblical Sciences of […] 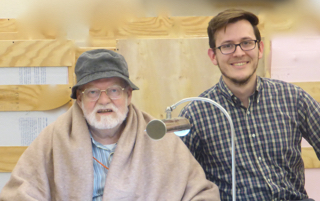 Collaboration with the MOTB

The Bible in Its Traditions is happy to have begun a new collaboration with the Museum of the Bible Scholars’ Initiative. The Museum of the Bible, located near the Smithsonian Institute in Washington DC and scheduled to open its doors in November, is “an innovative, global, educational institution whose purpose is to engage with the […]