Bishop Dr Jean-Pierre Delville (UCL) of Liège, introduces the members of the conference to the history of his diocese.

We will not only be present in Washington and Berlin. Our executive director was also invited to speak in

invited by Charlotte Casiraghi to present « Praying as Word, » along with a Jewish and a Muslim scholars during the yearly Rencontres Philosophiques de Monaco.
It gave us the opportunity to thank a few benefactors of our project, in particular the Princess of Hannover for her support of Syllabes Divines, last december. O.-Th Venard also met again Dr. Barbara Cassin, curator of the stunning exhibition Après Babel, Traduire at the MUCEM in Marseille, and head of the project of « Les Intraduisibles des trois monothéismes », in which members of The Bible in Its Traditions will participate.

Prof. Régis Burnet, of Louvain-La-Neuve University — a long-time contributor to The Bible in Its Traditions — organized the 26th « Université d’été d’Histoire Religieuse » (founded by Gérard Cholvy and Yves-Marie Hilaire). This year’s subject was « Figures de David d’hier à aujourd’hui. »
He invited the Bible in Its Traditions to lead a workshop. The challenge was to present our programme at the beginning of the conference, and to have turned the 3 or 4 papers dealing with the famous pericope of « the sin of David » presented by colleagues during that conference into a nice preliminary annotation by the end of it. Challenge met with brilliant papers by profs. Régis Burnet (UCL), Régis Courtray (Toulouse University), Charles Mercier (Bordeaux University)!
It would not have been possible without the preparatory work of Mrs Marie-Édith Garin (translation, philogical annotation of 2 Sam 11-12): heartfelt thanks to her!
This conference has prompted the project of a book, David in Its Traditions, which would present the most famous Davidic pericopes according to our Glossa-pattern. 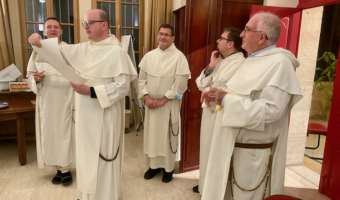 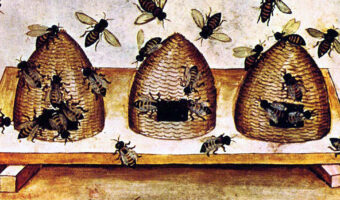